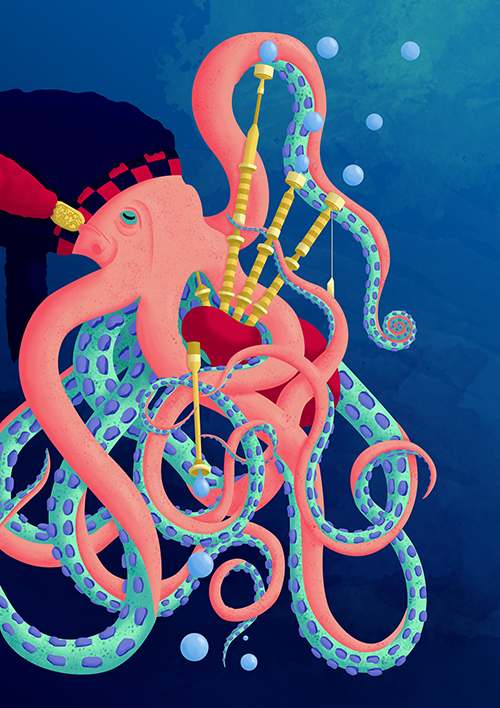 It´s an Octopus and it´s playing the bagpipes!

I made the first, black and white version of this drawing during a holiday in Finland. I decided that I would try out the solo-holiday thing, something that goes against all of my extrovert instincts. Despite going to a bunch of improv shows and dancing events and trying to meet people as often as I could, I was by myself quite a bit as well. And so whenever I felt lonely, I would look for a cozy café, pop out the octopus drawing, drink coffee and draw.

A few years later I decided to make a digital colour version.